LES Britain & Ireland are thrilled to announce that the 2022 Annual Conference
will take place in LONDON this October!

Conflicts and challenges over the past few years have exposed cracks in the tenets upon which the concept of the global economy and an international IP system has been assumed.  However, this period of turmoil, not least the response to Covid 19,  has also demonstrated how future opportunities can be forged within a new worldwide framework. Licensing has over the years proved to be an effective tool for the sharing of knowledge and the opening up of new markets and sectors. Therefore, the LES Britain & Ireland Annual Conference will, with a roster of experts in the field, explain how through licensing, the challenges can be met, and the spirit of cooperation reinvigorated.

– How university IP licensing contributes to the global business of IP

– Valuation of IP, restructuring and insolvency

– Current developments and challenges for licensing in the life sciences sector

Lord Justice Birss will examine the current challenges faced by licensing in a global economy, particularly bearing in mind the future of dispute resolution both nationally and internationally.

Having graduated in metallurgy and material sciences from the University of Cambridge, Lord Justice Sir Colin Birss was called to the Bar in 1990 and practised from Three New Square, a set of chambers specialising in intellectual property law. In 2003, he became standing counsel to the Comptroller General of Patents Trade Marks and Designs and in 2008 he was appointed QC and a Deputy Chairman of the Copyright Tribunal.

In 2010 he was made a specialist circuit judge sitting in the Patents County Court (now the IPEC) where he continued the reforms that had been begun by Judge Michael Fysh. He was made a Justice of the High Court (Chancery Division) in May 2013 and nominated as a judge of the Patents Court at the same time.  While in the High Court, one of the matters that came before him was the seminal case of Unwired Planet v Huawei [2017] EWHC 711 relating to the claim for a global licence by the owner of a number of standard essential patents.  This decision was broadly upheld by the Court of Appeal and the Supreme Court.

Appointed to the Court of Appeal in 2020, he is at the forefront of reforms for the advanced digitisation of the judicial system. 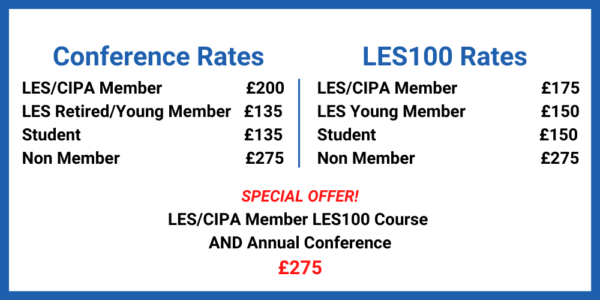 The Conference will be followed by a Drinks Reception.

The full-day LES100 Training Course, “Commercialising IP through the Power of Licensing” will be held on Tuesday, 11 October.

This is the introductory course in the Licensing Executives Society’s Intellectual Asset Management Series and it is designed for those who are relatively new to licensing.

It is specifically aimed at:

More information can be found HERE.

Thank you to our sponsor!

Please contact les@northernnetworking.co.uk for more information on sponsoring or if you have any questions regarding the Conference/LES100.